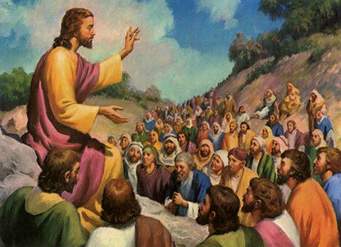 I have always said that I believe the Traditional Catholic Church and the Protestant Charismatic Churches have much to teach each other. God speaks to all Christians whether you are a Protestant believer or a Catholic believer. God first appeared to me when I was eight years old. I repented even at that age and God responded to me with a very powerful visitation of Himself. The point here I am making I was then a Presbyterian. At the age of twenty three I formally became a Catholic, I believe I was one spiritual speaking at the age of seventeen. I have had many communications from God and visitations from Christ while being a Catholic also. So I am trying to bring home this truth it doesn’t matter whether you are a Protestant believer or a Catholic believer, God loves us all. I am also trying to convince those Protestant that preach to the whole world that Catholics aren’t Christians that you are being deceived by the devil, because if we are not Christians why would God visit Catholics also and the same applies to Catholics who think Protestants that they are not Christians are also at fault. Now I hope I have cleared the ground to explain why I believe what I do.

The Church I would Love to Belong

The Church I would love to belong to would celebrate the Holy Traditional Catholic teachings, but some things needs to be added.  Like a time and place to let all the gifts of the Holy Spirit express itself amongst God’s people, especially after the celebration of the Holy Mass, with discernment. I wish we were back to keeping the true Sabbath which is Saturday. And after receiving the Eucharist we spend thirty minutes of silence, worshiping God privately and then worshiping for hours on end like so many Protestant Charismatic and some Catholic healing meetings do. With the addition of food and non-alcoholic drinks at lunch time, because it is a whole day affair in the Church hall. I wished that we all respect one another and our gifts that God place in our hands. I respect the leaders of the church, but they have to remember the Church first belongs to God, not them.

So it is very much like a party. By this I mean praising God with songs and music, clapping your hands and shouting out His Holy Name in victory, whatever the Holy Spirit puts into our hearts we do. Letting the Holy Spirit being unleashed is what the Church is in need right now, but we must be all aware that Satan imitates God’s Holy Spirit also, so we need to know what is coming from the Holy Spirit and what is Satan’s Spirit in disguised as coming from God. There are many fake healings that come from witchcraft unknown to the innocent. When God’s Spirit is unleashed you don’t know what’s going to happen next. Because God can do the unexpected and so gloriously that we truly want to worship God from our hearts. Let God have His own way with us. I believe we need formal worship which is orderly and a time of letting go and just being free. The formal worship is a time to remember what we are before Him. We are giving God the reverence that is due to Him as our God. And we also acknowledge our nothingness and total dependence on God and all that He has done for us as Our God and Saviour. I also believe informal worship to, because since Jesus has paid the full price of our redemption we are now part of His family. I believe God has a wild side to Him as well, He is not always quiet. When I say He has wild side, I mean He has an adventures, creative and exciting side to His nature as well as the gentle loving side that we all expect of Him. 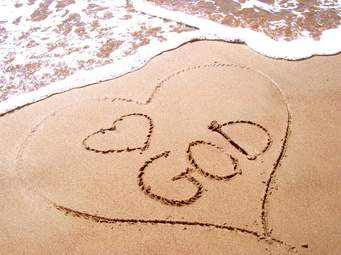 I believe there are two sides to God and they are both just as important as the other. The God of Justice and the God of Mercy. People being what they are tend to lean one side more than the other. The Catholic Church I think for the most part of course not in all cases, because we have many saints that are well balanced, but the Church as a whole I think tends to lean too much on the God of Justice. And Protestants tend to lend too much on the God of Mercy. If you lean too much on Justice you tend to have too much fear of God. The fear of God is the beginning of wisdom, but if the fear is not balanced by being assured that God is so loving that He is so ready to forgive, then you can be too easily bossed about by your superiors (priest included), because you don’t have enough confidence that you are indeed a child of God. Now Protestants on the other hand in my opinion, lean too much on the God of Mercy. I think many may believe deep down they can live as they please, because when it is all said and done they think they only need to say the words ‘I am sorry’ to God and they will enter the kingdom of heaven, whether they really mean it or not. Now of course once again there are many Protestant that know better, but I feel the Protestant church as a whole has this tendency.

I wished that the spiritual leaders were so humble that they would be respected as they should, and also they likewise respect the lay people by encouraging them to recognised their gifts and use them accordingly. God give gifts to whom He chooses, not according to the wisdom of man. We only have to look at the twelve disciples that Jesus chose for Himself, most of them were uneducated. They didn’t have diplomas, yet they were filled with God’s Spirit and became apostles of Jesus, spreading the Good News around the world. Wouldn’t it be good if we had spiritual leaders that were so humble and true to God that they would honour God’s wisdom and delegate people according to their God given gifts. Those who have the gift of teaching would teach, those who have the gift of prophecies would prophecies, those who have the gift of healing, heal and so on throughout the whole community. So that each and everybody in the community of the Church had an assignment to fulfilled that they could contribute to their Church that they belong to. That way everybody would really feel a part of the Church and not just feel like spectators.

What I believe God Wants for The Catholic Church

I have been told by God to pray for priest that they will be able to marry. I know a lot of good priest think it is God’s will that marriage be banned by all priest, but it is not so. For centuries woman have complained within the Catholic Church that priest couldn’t understand their emotional needs that well, because they were always in the company of other men. If they were married and had five daughters of their own, they might have a better understanding of women and their needs. Also they would have a better understanding of marriage and raising up children. They wouldn’t be preaching only from theory, but from actual experience. So I believe there is wisdom in having single and married people as priest. Another thing God has told me and it would be unpopular for most Catholics, is that God does want women in the priesthood too. I get a little confuse why God wants me to pray for it since I know He is going to take His Church up any minute now. Maybe it is for the time when Jesus reigns on earth for a thousand years. Maybe He wants people to get ready for a higher level of understanding how God wants His Church to run. I pray for people mostly who are suffering and that their faith endures to the end. So I don’t spend a great deal of time praying for priest and women entering into the priesthood, but I do most days say the Divine Chaplet in obedience to God for them.

I am talking here about the Traditional Orthodox Catholic Church. I haven’t attended a Catholic Church myself for seven years and I know a lot has changed for the worst. I have heard a prophecy that the false prophet will if not has already done this, will have women priest in the church, this move is not for the Glory of God, but to bring down the Church. When Jesus reigns on earth without a doubt He will lead His Church personally and I believe He will allow priest to marry and women will also become priest one day. Jesus will run it personally not men, but Jesus still has to train us step by step to accept higher and purer levels of worship. So this is what I would love to see happen to the Church. I believe the Church in those thousands years will not resemble anything like the Churches as we know it. After a thousand years of peace Satan will be let out of his prison and once again the majority of people are going to choose to believe in Satan’s lies. Those who will remain in Christ are going to be so much more spiritually advance than we are today.